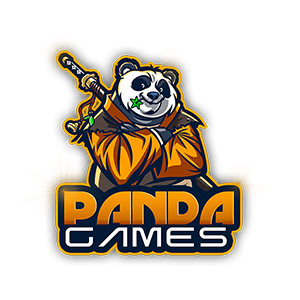 by panda
in Reviews
0

For everyone with iPhone or iPad, Assassin’s Creed: Pirates is a great addition for killing time in between next releases. While nothing like the original Assassin’s Creed gameplay, this spinoff of Assassin’s Creed IV: Black Flag, is potentially interesting at the certain point. If you are expecting a fulfilling gameplay with plenty of options, you are basically left with growing your crew and participating in various manners of furious but stealthy sea navigation. The gameplay has quite a bit of potential, but somehow gets quickly and easily uninteresting to continue the journey. Ubisoft definitely brought to us a solid visual with an interesting cartography, while you are sailing around the sea, but impressive looks during frequent conversations between characters are not quite enough for an amazing gameplay. The biggest element of the gameplay would probably be naval battles, so if you are up to do that over and over again, you are going to find this game amusing.

At the beginning of the game you are introduced to memories of Alonzo Batilla, your new character, which is obsessed with finding the great hidden La Buse treasure. Assassin’s Creed: Pirates story isn’t exceptionally captivating, and you will find yourself wanting so much more than it has to offer. Get caught in a loop of exploring and racing with other ships to collect different forms of items and loot, then go back to the main menu to spend it on upgrading your character. Tap your finder across the screen and that way you will be able to explore different areas and look around, the control scheme is quite basic. The same way, by dragging your finger, you can command the course of your ship through a fag of war. Once you finish the game, you can sail freely through the maps and complete all the side quests you are given, and just then the enemies become much faster and attack harder, so you can almost get yourself killed. Only then you can get a little excited and really try to defend yourself with a little challenge ahead. The camera can switch angles and during battles you can choose between you and your ship, or even switch between offensive and defensive parts; the music is quite fitting with the scenario.

It’s really quite unfortunate to have potentially amusing and challenging game, shed to pieces by its lazy gameplay and interesting battle actions. With all of Assassin’s Creed games out there, this is the last one on your list you want to play, but if you are in a mood for nautical elements of Assassin’s Creed Black Flag knock-off, don’t hesitate and download Pirates on your iOS device and check it out for yourself before you believe anyone else. But don’t be surprised if it doesn’t suit your style of gameplay. Preferably, if you are a young unexperienced player, this game will suit you the most for its basic gameplay and intuitive quests, otherwise you are just wasting your time and will get bored very soon.

What Can You Expect? Back in 2008 Square Enix introduced Final Fantasy IV: The After Years on WiiWare port and...

Do you like dinosaurs? If your answer is yes, you may proceed and answer on the next question. Are you...

Is there anybody who, from time to time, doesn’t enjoy playing some good adventure game? We certainly do. Year 2020...

Shadowslayer: Dawn of the Lightforge Review

Released by Z2Live, Shadowslayer: Dawn of the Lightforge is an RPG game where you can enjoy intuitive combat system and...

Prepare yourself for pleasurable experience because Home Memories combine the addictiveness of match-three games and home design. If you played...